The fruit body is a very long and narrow stalk, up to 10 centimetres long (though often shorter) but no more than 2 millimetres wide. There may be a slight differentiation between a fertile head and a slightly narrower sterile stem, with the latter of variable length. Colours are whitish to tan.

The fruit bodies are found on leaf or twig litter in damp, sheltered habitats.

Typhula fruit bodies are often simple stems, much longer than wide but mostly shorter than 3 centimetres. One exception is Typhula phacorrhiza (up to 12 centimetres long) which, some European works warn, can be confused with Macrotyphula juncea. The fruit body of Typhula phacorrhiza arises from a sclerotium, not the case for any species of Macrotyphula. A sclerotium is a ball-like mass of  fungal tissue, with a brown to black skin. Some species of Typhula have sclerotia, some do not. The sclerotia are spherical to elongated and one to a few millimetres in length.

No juncea-like Typhula species has been found in Australia but, given that it is easy to miss these fruit bodies, who knows what we have. 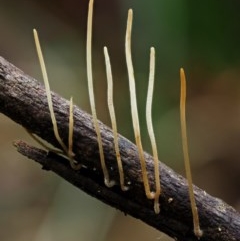 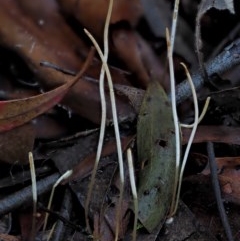 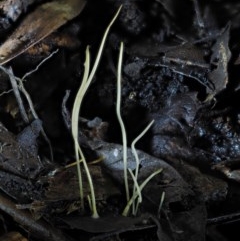 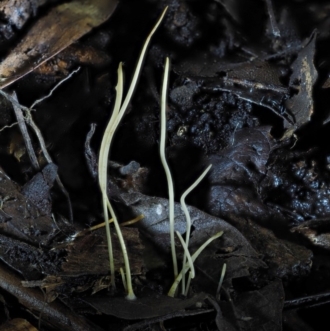