The fruitbody is club-like, dark olive-green to black for most of its above-ground length. That dark, fertile, spore-producing section tapers gently to the stem  (yellow above the ground, whitish below). The fruitbodies are found seemingly growing from the soil, but they arise from parasitised moth larvae and the length of the stem depends on how far below the surface the larva is. Above ground, the length of the fruitbody is variable, from just a few centimetres to well over 10, with the width of the fertile region often a centimetre or so.

A close look (with hand-lens or macro lens) at the seemingly smooth fertile region shows it to be covered with minute dots, each being the opening (or ostiole) to a small embedded chamber (or perithecium) in which the spores are produced.

For many years this fungus was known as Cordyceps gunnii, 2015 being the year of the change to  Drechmeria. The original description of this species (as Sphaeria gunnii)  was published in 1848, based on material collected in Tasmania.

Cordyceps hawkesii is of similar size but paler, the fertile region being creamy brown. Some species of Xylaria produce large, black, finger-like fruitbodies and these also have perithecia and ostioles but grow from wood, which may sometimes be buried and so give the impression of growing from soil.

Geomorium beatonii (known as Underwoodia beatonii before 2019) produces dark clubs (up to about 8 centimetres tall) with creamy stems. The fruitbodies grow from soil, do not parasitize invertebrates, are often somewhat fluted lengthwise and each is filled with several large, hollow chambers (not so in Cordyceps or Xylaria). For photos of in situ and dissected specimens of Geomorium beatonii see: https://ascomycete.org/2000-Pezizales/Species/Geomorium-beatonii?mapid=650. 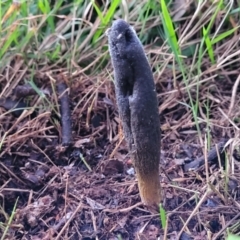 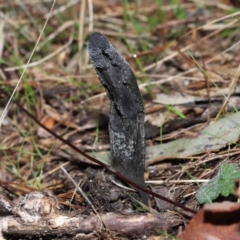 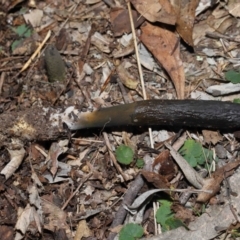 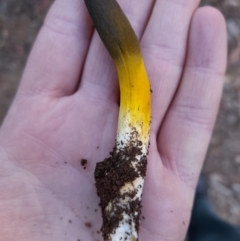 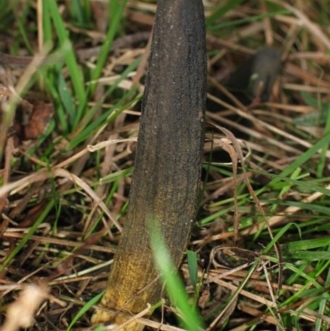 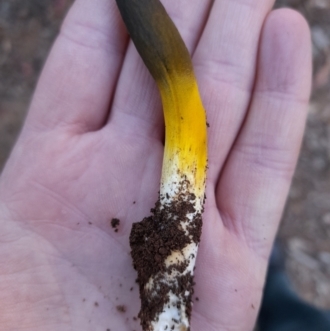 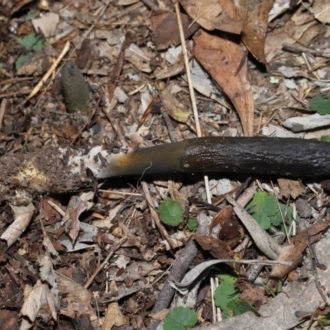