Home Fungi Puffballs & the like Other puffballs, etc (& the unknowns) Tulostoma

A Tulostoma fruit body is essentially a puffball on a stalk - but generally with the stalk buried. They appear on the ground and mostly what you see at first glance is a whitish spore sac, up to about 2 cm in diameter (but in general only about 1 cm) and with a well-defined apical hole. The spore sac is hemispherical with the flat bottom flush against the ground

Dig one up (carefully! because it's easy to snap the spore sac off the stalk) and you see a stalk, from less than a centimetre to several centimetres in length and with a diameter of around 5 millimetres or less.

When the fruit body first appears it may have an thin, ephemeral, brownish surface layer that erodes fairly soon to leave a whitish spore sac.

As I said above, that sac can break off the stalk and it is common to see some spore sacs loose on the ground. These may be blown about, a bit like miniature tumbleweeds, and as they are blown about, or hit obstacles, spores puff out.

Species of Tulostoma are common in drier, sandy areas (e.g. in eastern Australia, well west of the Great Dividing Range). In Canberra I have seen the genus mostly in dirt tracks, bare soil or gravelly areas but I did once see a large number growing in one of the well-grassed, well-watered Aranda sports ovals. 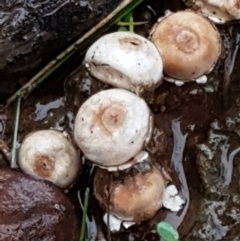 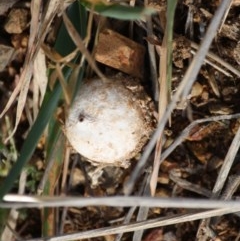 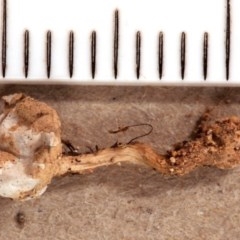 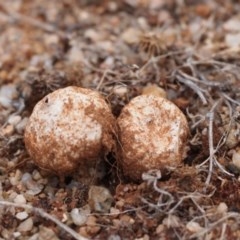 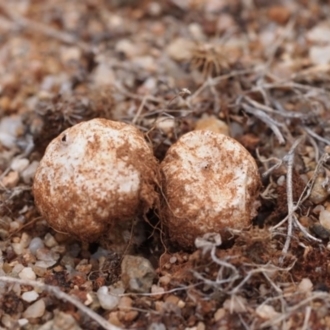 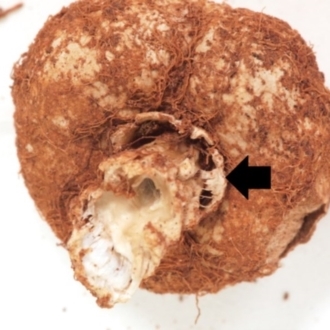 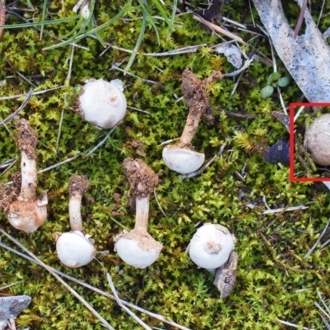