The bulk of the fungi in this sub-group produce perithecia as fruit bodies. A perithecium is a roughly spherical chamber within which you find the spore producing organs and there is an apical hole (or ostiole) through which the spores escape from the perithecium. In many species you see the ostiole as a tiny, pimple-like protrusion (and sometimes you will need a handlens to see it clearly).

Perithecia are small, from under a millimetre to about 2 millimetres in diameter. Mostly they are black and hard (but brittle – apply enough pressure and you’ll shatter one), however, there are also soft or coloured perithecia.

They may appear sparsely over the wood, in gregarious colonies (but with the individual perithecia still clearly distinct) or in stromata. In a stroma the perithecia are embedded within a communal matrix. Stromata may be two dimensional (e.g. a crust or cushion on the wood) or three dimensional (e.g. a golfball-sized lump on the wood). In some stroma-forming species you find a pigmented layer making up the outer surface of the stroma.

Listed below are some of the genera found in the Canberra Nature Map area.

Annulohypoxylon and Hypoxylon. These may appear in gregarious colonies or stromata. Sometimes the stromatal surface is brightly pigmented layer (e.g. purple or orange) over the black perithecia. The perithecia are mostly crust-like, hard and brittle. In some species the individual perithecia are still obvious and the whole stroma looks has a markedly lumpy cobblestone look. In others the lumpiness is much more subdued and you can make out individual perithecia only if you use a magnifying glass or handlens. You also find species with spherical or hemispherical stromata.

Daldinia. The perithecia are embedded in roughly spherical, brown to black stromata, up to golfball-size.

Hypocrea. The perithecia are in sheet/cushion-like stromata, often in bright colours and seemingly with darker dots over the surface. The dots are the embedded perithecia, showing though the stromatal tissue. In some species the stromata are gelatinous.

Lasiosphaeria: A perithecium is usually under a millimetre in diameter and has a white, woolly coating. The perithecia usually grow gregariously.

Nectria. Perithecia are orange to red, up to about a millimetre in diameter and often appear in clusters.

Most perithecial species belong here but they are not confined to this category. You will also find a few perithecial genera in the Club-like/stalk-like category: https://canberra.naturemapr.org/Community/Categories/Guide/1728 . 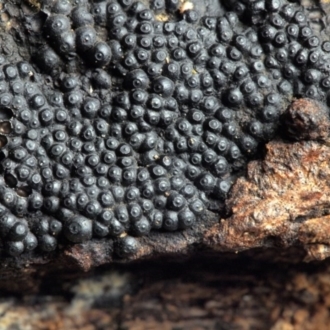 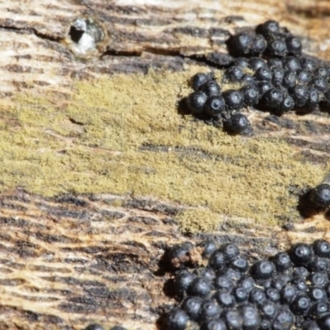 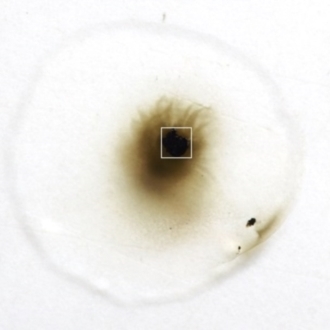 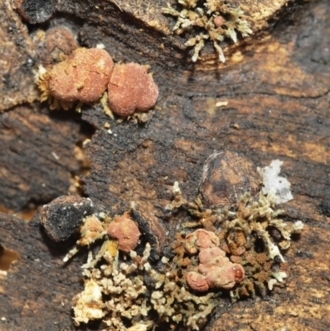 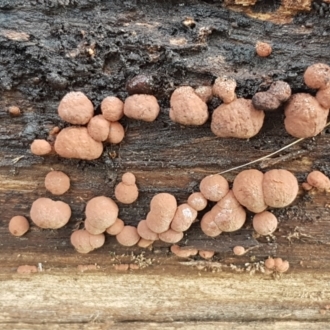 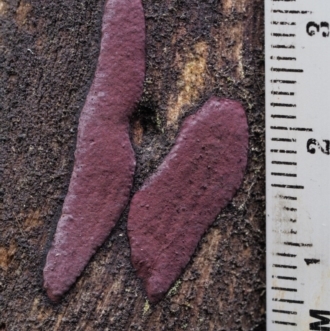 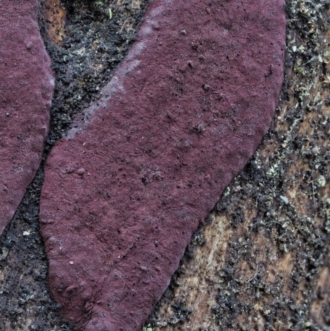 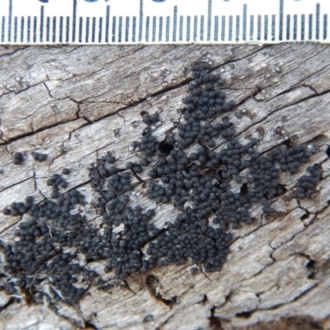 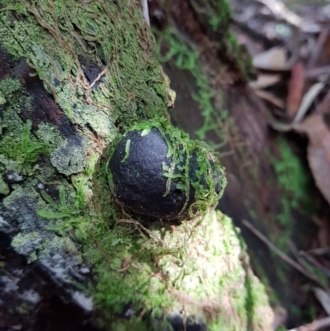