The red-whiskered bulbul (Pycnonotus jocosus) is not native to Australia and is considered both an environmental and agricultural pest, as it competes with local native birds for food and predates on small reptiles and insects. It was recently confirmed as being seen near the Lanyon Shopping Centre. We would like any further sightings to be reported as a matter of urgency.

It could also contribute to the spread of many invasive weeds, including blackberry, African boxthorn and privet. In other areas of Australia it has been recorded damaging fruit crops, such as figs, strawberries and pears and poses a threat to other crops such as grapes and berries, which could affect local industry.

The bird was deliberately introduced into Sydney and Melbourne in the 1800s and populations have since expanded, particularly northwards from Sydney. The nearest known established population is in the Illawarra region. The bulbul is considered highly likely to establish further populations in Australia if existing populations and new incursions are not managed.

At this stage we are not sure if the birds recently sighted identified were escapees from birds held illegally in captivity or part of a broader feral population. The last reported sighting of this bird in the ACT was in 2015.

It’s important to respond to an incursion of this pest bird species as early as possible before population numbers become difficult to manage.

The bird is typically brown with a white neck, a distinctive red cheek patch and pointed black crest on its head. Both male and female are similar in colour. Their calls are best described as lively chatter interspersed with whistles. 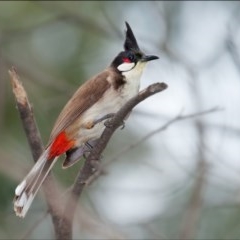 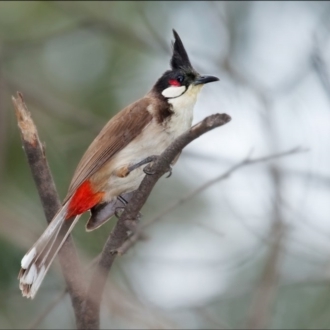 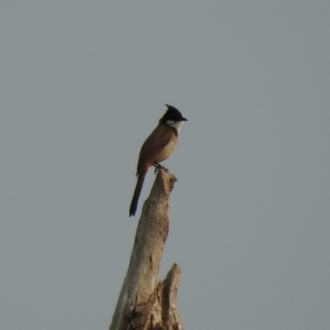 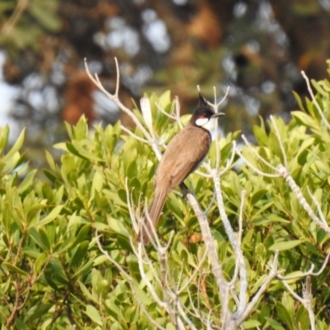